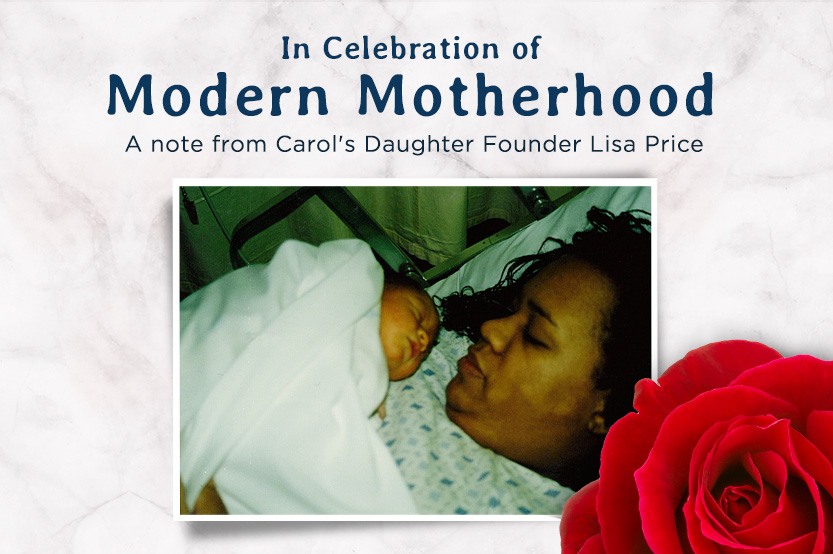 Having been a mother for the past 22 years, I now find myself reflecting on the day I first became one. There is no other job, role or responsibility like that of parent. One day you are not, and the next day you are. There is no training, no prep, no graduation…it is literally sink or swim. And there are many of us out here doing the butterfly stroke, like it’s nothing — because that is how we roll as moms.

I want to take you back to the first moment when you saw that face. For just about all of us, it was pink. No matter the ethnicity, we all come out some shade of pink at first. Especially in that moment, it is the most beautiful face you have ever seen. (And then, years later, you look back at the photos and wince because you realize they really did get better over time.) As for me, I had a son. I named him Forrest Gordon. He was born three weeks early, induced, took 72 hours to come out and had to be removed via c-section because he was facing the wrong way. Even in the birth canal, my son was already an inquisitive human. I remember looking at him and being the most in love I had ever been. I always tell Forrest he taught me how to be a mom. His birth let me know for the first time in my life that in that moment I was enough. I didn’t have to prove anything to anyone to show I was worthy. I had been blessed without ever asking, and it was magic.

Every year when I write about being a mom, there is always a new level to this motherhood stuff that I discover. This year, I have had the joy of watching a lot of friends become new moms or have another kid after a break of over ten years. I’ve also seen my niece became the mother of twin girls for her second go-round.

The thing you notice is all of the new rules and protocols that appear with each new generation of babies. Strollers, for example, are remarkable. I thought I had the coolest stroller in the world when Becca was a baby — way cooler than what was available 20 years ago with the boys. But today’s strollers are truly engineering marvels. Plus there are new sleeping methods, onesies with magnetic closures (boy, did I need that back in the day...those damn snaps), and so many non-toxic toys and such for the little ones.

But the biggest shift I have seen, by far, is in a mother’s perspective. Mothers today are so proud. I still remember when the word “pregnant” wasn’t even used on television or in the movies. If a woman worked while pregnant, she wasn’t to discuss it and had to function as though nothing was happening. Clothing was designed to mask and hide her belly, which resulted in the mother-to-be looking like she was wearing a tent. And it’s hard to feel like a goddess in a tent.

Today, moms have full-on professional photo shoots, ones that often involve very little clothing so as to celebrate the body, belly and miracle therein in ways we haven’t seen since the days of our ancestors. The modern mom knows she is beautiful and powerful, and every milestone in the process of becoming a mother is acknowledged and honored. This is a trend I love, and one I am sure will only get bigger and better.

To the new moms out there, to the moms traveling down the motherhood path again after a hiatus, and to the grandmothers and great grandmothers, I wish you all a happy Mother’s Day. And to the young women who are not there yet, you will be ready when it is your time. Know that your village of aunties will be here to support you, sharing our stories about how much better it all is now — because it really is.